Year 5 went to Saracens stadium Allianz park on Tuesday 3rd November 2015 to take part in their closing ceremony. We danced, we had a parade and played some tag rugby. We were representing Tonga. Unfortunately we got knocked out of the pool stages but we all had a wonderful day.

Year 5 are very lucky to be taking part in the Saracens World Cup programme called Sarrie’s Globetrekkers. 10 year 5 children got to take part in the opening ceremony which involved a stadium tour of the Allianz Park Stadium, playing some rugby challenges and having a picture taken with the Webb Ellis Cup!!! 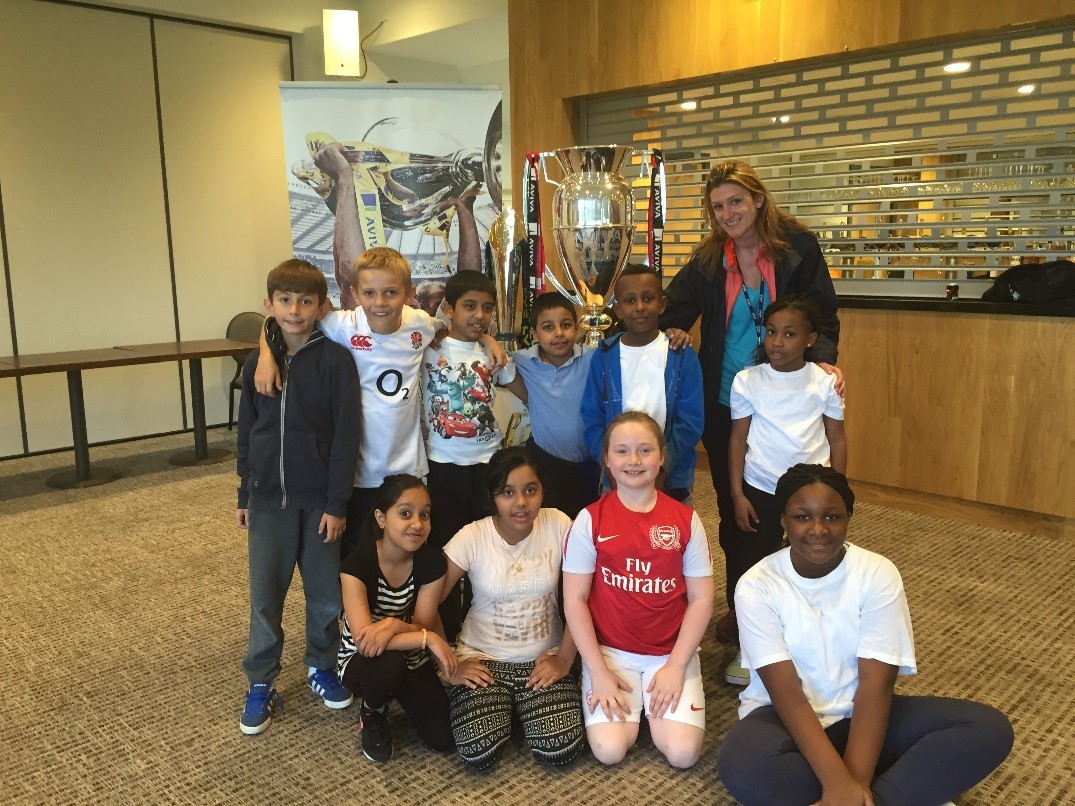